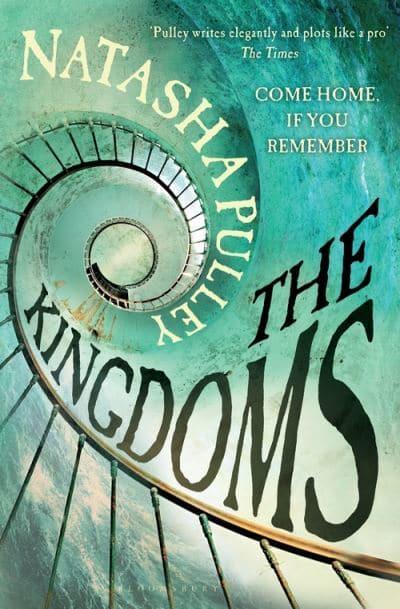 We’re pleased to announce that The Kingdoms by Natasha Pulley (Bloomsbury) has been longlisted for the 2022 British Science Fiction Association Awards in the category ‘Best Novel’. The award was first established in 1969 and is given annually to authors of outstanding works of science fiction.

“Speculative fiction and historical fiction are closer cousins than one might think, and alternate-history novels can give enterprising writers the chance to work in both genres at once. Fans of such stories will be richly entertained by the lavish world-building and breakneck plotting of Natasha Pulley’s The Kingdoms. Beautiful, surreal imagery appears throughout the novel, too … Clear a weekend if you can, and let yourself be absorbed.”
New York Times Book Review

1900. England has fallen. London is the industrial centre of the French Republic.

Joe Tournier is sent to Scotland to repair the generator of a lighthouse where three men have disappeared. The trip would be hard enough, but Joe suffers from a strange form of epilepsy that gives him visions and memories of things that never happened.

When he reaches the lighthouse, peculiar things are happening there. The winter comes in at running pace, there are two moons in the sky, and then a man from last century washes up on the beach; Missouri Kite, a navy captain who fought at Trafalgar. Before long, Joe realizes that Kite isn’t the one in the wrong time – he is.

After being pressed into English navy service under Kite’s command, Joe rages and plots to escape before Kite can force him to do something that will change history. But though Kite is ruthless and half mad, he’s bizarrely familiar too, and the longer Joe spends with him, the stronger the feeling becomes that somehow, they know each other already. But finding out how might cost Joe everything.

Told with her trademark shining intelligence and wit, The Kingdoms is the new, standalone, historical fantasy from international bestselling author Natasha Pulley.