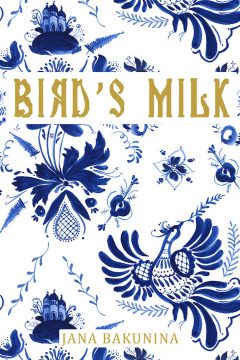 Jana Bakunina tells the story of her childhood in the Soviet Union from the early days of perestroika to the collapse of the USSR,offering a unique insight into the lives of ordinary Russians. Bird’s Milk reveals a period of turbulent political and economic changes but also a heart-warming world of blini and pelmeni, weekends spent at the family dacha and summer camps on the Black Sea.

With her background in economics and finance, Jana Bakunina has much to say about the current climate in Russia, but she alsotells a personal story, featuring Bulgakov and Tolstoy, her grandmother’s cooking and the Russian rock scene. Her childhood was in many ways traditional, but with Gorbachev’s reforms and the subsequent fall of the Soviet Union, new horizons opened up.

Bird’s Milk is a tale of growing up, struggling to belong and make sense of what it means to love one’s country, whilst being something of an outsider both at home and abroad.

“Bird’s Milk is a wonderful evocation of an ordinary Russian childhood in a town in the middle of the country – and then the personal journey that turned a Russian into a westerner. Jana Bakunina understands both sides of what has been called the ‘new Cold War.’ This is a memoir that helps illuminate today’s world.”