Jack Weatherford (in conjunction with the Wallace Literary Agency) 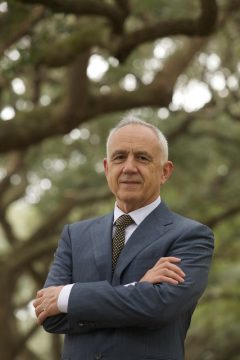 Professor Jack Weatherford is DeWitt Wallace Professor, Emeritus, at Macalester College, Minnesota, a cultural anthropologist who began teaching at Macalester in 1983. Professor Weatherford’s scholarly work studies the relationship of tribal people to the larger societies around them and to world history. In recent years, he has concentrated on the Mongols; his book Genghis Khan and the Making of the Modern World was an international bestseller, published in more than twenty languages. His recent work, The Secret History of the Mongol Queens, is the first book written on the daughters of Genghis Khan. In 2007, he was awarded the Order of the Polar Star, Mongolia’s highest national award, in recognition of his contribution to Mongolian culture.