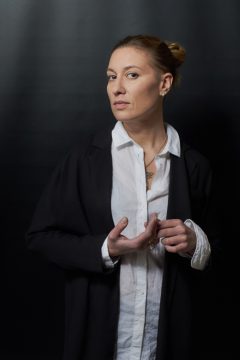 Anna Kozlova is an award-winning novelist and screenwriter, raised in a family of writers.

A Muscovite and graduate of Moscow State University’s journalism faculty, Anna has reported for some of Russia’s leading newspapers and magazines. She has won both Russia’s top literary prize, for her novel F20 about a young girl with schizophrenia, and also Russia’s top screenwriting award for Garden Ring, a modern-day, society saga.

Her most recent novel is Rurik, a psychological thriller about a runaway teen turned unwitting cause célèbre.

She lives in Moscow with her husband and two children.